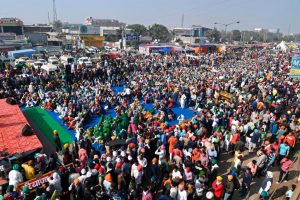 According to the State of Environment in Figures 2021 report released by Centre for Science and Environment (CSE), there was a fivefold increase in major farmers’ protests since 2017.