Functioning Of The UIDAI : CAG Report 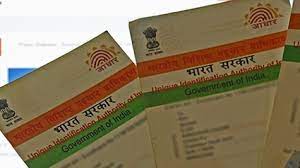 The Comptroller and Auditor General (CAG) of India, has pulled up the Unique Identification Authority of India (UIDAI) over a range of issues related to the issuance of Aadhaar cards.