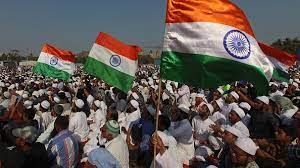 The V-Dem Institute at Sweden’s University of Gothenburg has come out with their annual democracy report. The study is titled ‘Democracy Report 2022: Autocratisation Changing Nature?’.