India and the Maldives have signed a defence Line of Credit agreement worth USD 50 million: 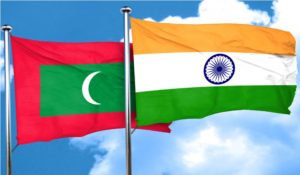 The agreement was signed during the visit by the External Affairs Minister of India to the Maldives.