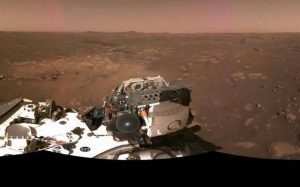 The United States space agency, NASA, released the first audio from Mars on February 22, 2021. It was a faint crackling recording of the wind that was captured by the Perseverance rover.