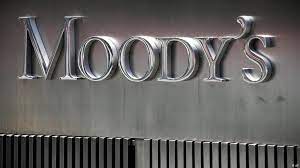 As per Moody’s Investors Service, India’s public debt level is among the highest in emerging economies with a quantitative easing programme underway, while its debt affordability is among the weakest.