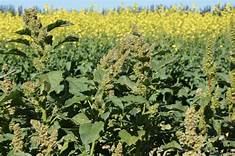 A Vitamin D3-rich weed and a shrub with roots that wild boars love to gorge on are among the 18 invasive plants stifling the Kaziranga National Park and Tiger Reserve, the best-known address of the greater one-horned rhinoceros on the Earth.