What Are Invasive Species? 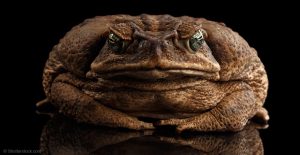 Senna spectabilis is an invasive species found mostly in the forest areas of the Nilgiri Biosphere Reserve (NBR).