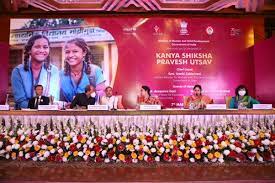 On the eve of International Women’s Day, the Ministry of Women and Child Development has launched ‘Kanya Shiksha Pravesh Utsav’ scheme to bring back the out-of-school girls back to the education system.