Leith’s Soft-shelled Turtle : Transfer From Appendix II to Appendix I 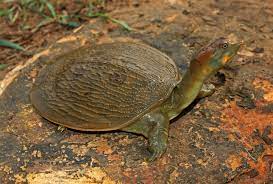 India’s proposal for transferring Leith’s Softshell Turtle (Nilssonia leithi) from Appendix II to Appendix I of the Convention on International Trade in Endangered Species of wild fauna and flora (CITES) has been adopted by the Conference of Parties (CoP) to CITES in its 19th Meeting at Panama.