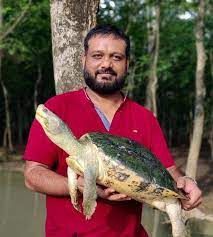 Indian biologist Shailendra Singh has been awarded the Behler Turtle Conservation Award for bringing three critically endangered turtle conservation species back from the brink of extinction.