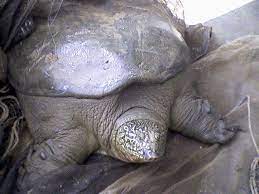 In recent years, a lot of efforts have been put by the conservationists to save the world’s most endangered turtle, Swinhoe’s softshell turtle from the brink of extinction.