Listing Of Terrorist Under UNSC 1267 Committee: 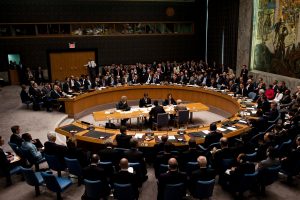 India and the US jointly proposed to list Makki, a top LeT (Lashkar-e-Taiba) Militant, under the UN Security Council’s Al-Qaeda and ISIL (Islamic State of Iraq and the Levant) Sanctions Committee which is also known as the UNSC 1267 Committee.