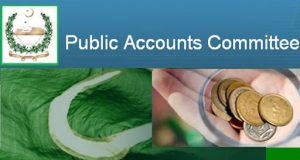 Limitations of the Public Accounts Committee: