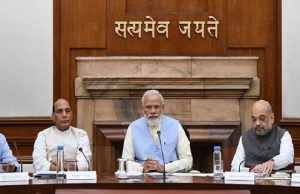 The Madras High Court has declared as unconstitutional a reservation law passed by the Tamil Nadu legislative Assembly.