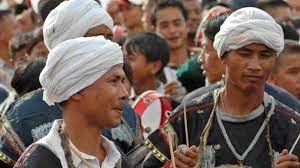 The Khasi Hills Autonomous District Council (KHADC) in Meghalaya announced that it would introduce the ‘Khasi Inheritance of Property Bill, 2021. The bill is aimed at “equitable distribution” of parental property among siblings in the Khasi community.

About Matrilineal System of Inheritance: