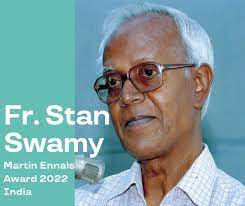 This year it was awarded posthumously to pay homage to Father Stan Swamy, a Jesuit priest and tribal rights activist from Jharkhand who had been arrested in the Bhima Koregaon case.