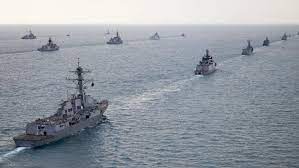 INS Satpura and P8I Maritime Patrol Aircraft have arrived in Darwin in Australia to participate in a multinational naval exercise, Kakadu, being hosted by the Royal Australian Navy.