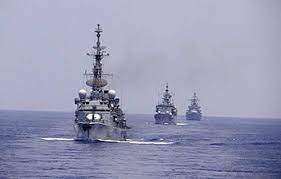 The 20th edition of the bilateral naval exercise that is named ‘Varuna’ is being conducted by India and France in the Arabian Sea from 30th March till 3rd April 2022.