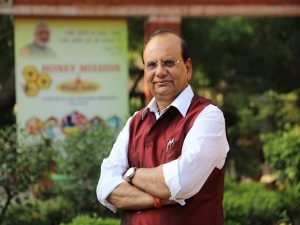 Vinai Kumar Saxena, Chairman of Khadi and Village Industries Commission, has been appointed the new Lieutenant-Governor (L-G) of Delhi.