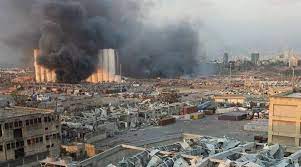 The Government has amended the rules for Ammonium Nitrate to curb its pilferage, introduce fire-fighting provisions as well as improve ways to handle and store the chemical.