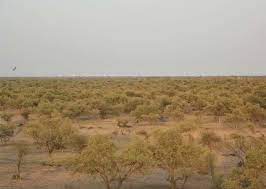 Residents from around 40 villages of Jaisalmer, Rajasthan have walked 225 kilometers to protect community-conserved sacred spaces known as ‘orans’.