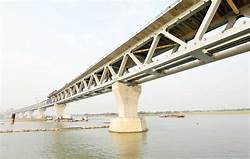 The Foreign Ministry of Bangladesh has denied any foreign funding in the construction of the Padma Bridge project. It asserted that the ‘Padma multipurpose bridge has been entirely funded by the government of Bangladesh.’