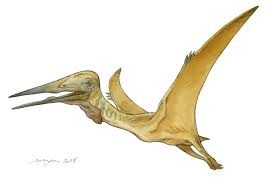 Researchers have described a pterosaur species with opposable thumbs, which could likely be the earliest-known instance of the limb.