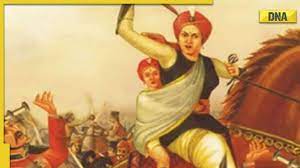 Prime Minister, Shri Narendra Modi paid tributes to Rani Lakshmibai, the Jhansi queen known for her role in the 1857 Mutiny, on her 187th birth anniversary.