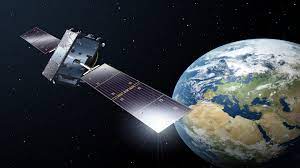 A collaboration between two premier research and educational institutions in Thiruvananthapuram has shed light on India’s “space economy”.