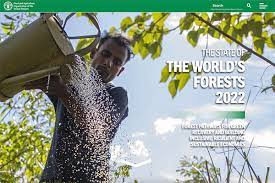 The State of the World’s Forests 2022 (SOFO 2022) was released by the United Nations Food and Agriculture Organization (FAO).

State of the World’s Forests: