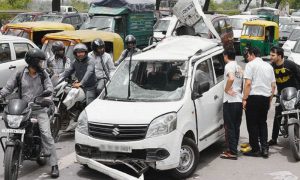 The Supreme Court has held that an extra 40% should be added to the income of deceased road accident victims who are aged below 40 years and are self-employed while calculating compensation.