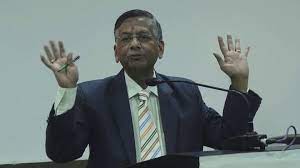 Senior advocate R Venkataramani has been appointed as the new Attorney General of India.