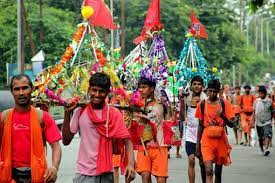 The Supreme Court took suo motu cognizance of a report on the decision by the Uttar Pradesh government to allow Kanwar Yatra this year with certain restrictions, even as the Uttarakhand government had suspended the yatra amid fears of a possible Covid-19 outbreak.