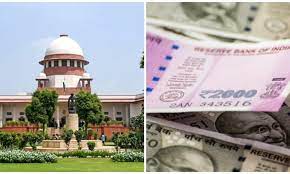 The Supreme Court has passed a verdict on the Demonetisation of currency notes of Rs 500 and Rs 1,000 in a majority 4-1 by a five-judge Constitution Bench.