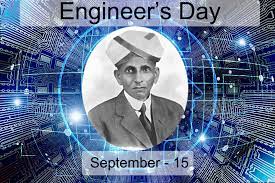 Prime Minister Narendra Modi greeted all engineers on the occasion of Engineers Day.