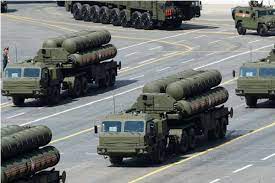 The U.S. State Department spokesperson has said that there will be no “blanket” waiver for India, indicating that even if S-400 Triumf anti-aircraft missile systems deal is not sanctioned, other “significant” military and nuclear transactions between India and Russia could still trigger sanctions under the Countering America’s Adversaries Through Sanctions Act (CAATSA).