What Is Indo- Pacific? 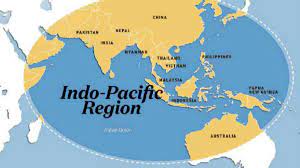 U.S. Secretary of State Antony Blinken has said that the United States will expand its military and economic relationships with partners in Asia to push back against China’s increasing assertiveness in the Indo-Pacific.

Role and Implications for India in the Indo – pacific region: