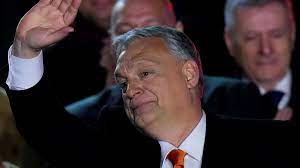 Viktor Orban has again been elected as the Prime Minister of Hungary for the fourth time. He won the 4th term by a huge margin more than what was predicted in the pre-election polls.