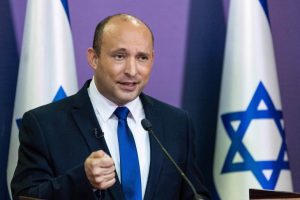 Naftali Bennett was sworn-in as the new Prime Minister of Israel.