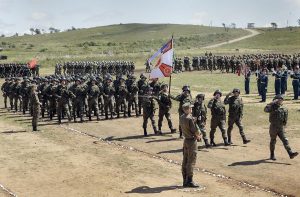 An Indian Army contingent comprising troops from 7/8 Gorkha Rifles is participating in the multilateral strategic and command exercise ‘Vostok-2022’ which commenced at the training grounds of the eastern military district in Russia.