What Is Chang Zheng 3B Serial Y86? 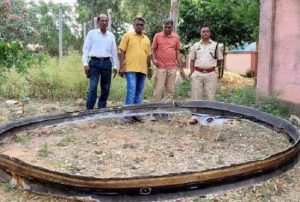 Space Debris from the re-entry of the Chang Zheng 3B serial Y86 — China’s orbital launch vehicle, us suspected to have fallen at various places in Gujarat.