Sagittarius A* (SgrA*) : Black Hole at Centre of Milky Way 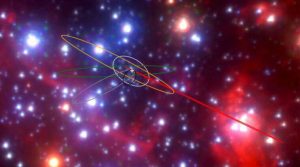 Scientists from the Event Horizon Telescope (EHT) facility revealed the first image of the black hole at the centre of the Milky Way.