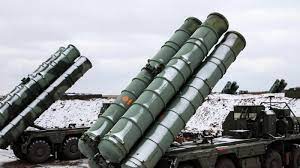 The S-400 Triumf long-range air defence system, currently being inducted by India, and remains a potent weapon for the neighbour, the Indian Air Force will counter it based on “direct tactical planning”, an IAF representative informed the parliamentary standing committee on defence