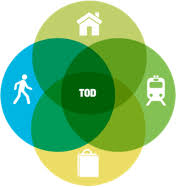 The redevelopment of the New Delhi Railway Station (NDLS) has become the first project to be undertaken on the Transit-Oriented Development (TOD) concept in the NCR.

TOD & Policy Initiatives in India: It is based on three pillars: