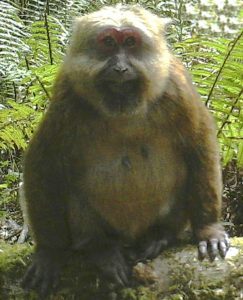 The Scientists from the Zoological Survey of India (ZSI) have found a new mammal species in the country — the White Cheeked Macaque (Macaca leucogenys).