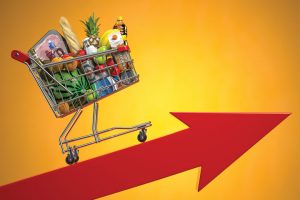 India’s retail inflation resurged to 7% in August from 6.71% in July, fuelled by a 7.62% uptick in food prices paid by consumers, even as industrial output growth in July dropped to the lowest level since April at just 2.4%, with output levels dropping 2.75% month on month.