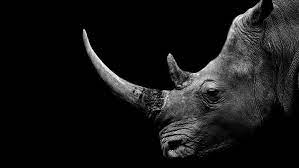 The world’s first wildlife bond has been issued by the World Bank, raising USD 150 million that will partly be used for the conservation of South Africa’s black rhinos.