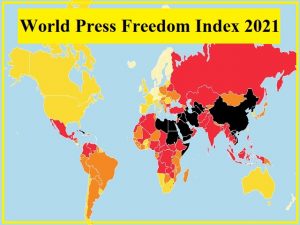 India has ranked 142nd yet again out of 180 nations in the recently unveiled World Press Freedom Index.