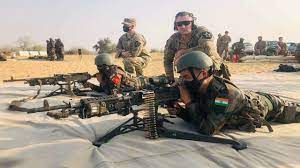 The upcoming fifteenth edition of the “Yudh Abhyas” joint exercise is expected to take place next month in a high-altitude area in Uttarakhand less than 100 km from the LAC.