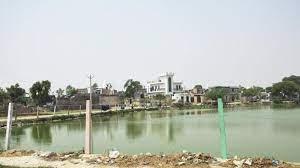 The Union government has asked the Ministry of Railways and the National Highways Authority of India (NHAI) to use the soil/silt excavated from ponds/tanks in all districts across the country under the Amrit Sarovar Mission for their infrastructure projects.