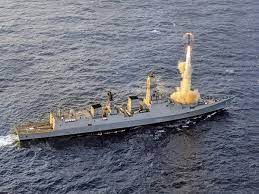 An anti-ship version of the BrahMos supersonic cruise missile was successfully test-fired jointly by the Indian Navy and the Andaman and Nicobar Command.