Article 355 Of The Constitution: 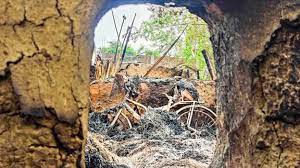 Citing post-poll violence in Birbhum district, West Bengal, many political leaders have urged the president to invoke Article 355 of the Constitution to ensure that the state government functions in accordance with the provisions of the Constitution.