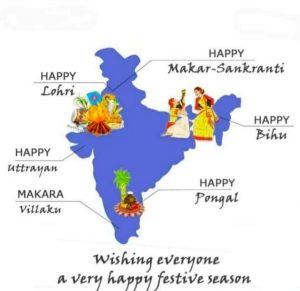 The PM has greeted people across the nation on the occasion of harvest festivals Makar Sankranti, Uttarayan, Bhogi, Magh Bihu and Pongal.